It’s no secret that over the last 18-24 months i’ve been restless, inspired by people that have far less than me and uninspired that have more than me. I longed for the simple life i had 15+ years ago, when i appreciated the small things more, wasn’t as greedy and unsatisfied as i am now.

I look at my mum and my wife for initial inspiration, they have all they seem to need in life, lead happy lives (most of the time), and don’t go without anything they need yet think twice about the extras they want. I then look at running pals i’ve met around the country, they seem very content using last years shoe choice, not worried about having the latest kit, are more than happy to have a laugh and a chat before, during and after a race.

Finally, i’d look at the people on my commute to work on the train, posh suits, far too many electronic devices being tapped at, the latest massive headphones on so they can ignore everyone else, not even willing to return a smile when you say good morning to them as they squeeze onto the seat next to you (assuming there’s even space to sit down) as they prepare for their 2+ hour commute. Don’t get me wrong, I’m not saying one group of people is better than the other, it’s just that I am at a time in my life where I get inspired more by one then the other, a bit like there was a time when I drank and smoked and now I chose to not, we change over time, that’s normal.

So i made the decision to be more like them and less like those, take a risk and leave my comfy job and see what happens, can i get back to feeling happy with less ?

I had these dreams of getting up, going out running, cycling, exploring, but truth is the weather was rubbish, no surprise there, it was winter and as usual i was injured, so i decided to start a 5S of my world – sort, set in order, shine, standardise, sustain.

I started sorting out things i no longer needed, loads of things i didn’t need such as running kit, work items (including my work laptop), business clothes, facebook groups, etc. I sold duplicate items i didn’t need online, i gave away stuff i couldn’t sell, i threw away other bits and bobs i didn’t use. It’s amazing how much rubbish we accumulate, we seem to grow into the space available, get a bigger house or a bigger salary, get a bigger pile of stuff that you don’t need.

I then set in order items, the things i need now i kept close to hand, the other stuff i put well away. A couple of milestones here were my suitcase which seemed to be permanently ready for action in the bedroom went up in the loft, and my daily commute laptop bag went in the cupboard, no need for it to be downstairs anymore. I also moved my personal laptop out of the lounge and into my (ex) home office. Things like my work clothes took a lower priority place in the wardrobe, work shoes went to the bottom of the shoe rack, trainers were promoted to the top.

These first couple of steps were like clearing my mind of clutter, i had been worrying a lot about leaving work and having reminders in my face all the time only added to this. I can’t get rid of thoughts, but getting rid of reminders helps, the saying goes “out of sight, out of mind”.

The rest of the 5S process is straightforward

These next steps were like resetting my mind and routine into a new order, re-programming myself. I love having routine and order, i can’t go to the gym without order, i can’t settle down in the evening without some kind of order, i do work well with freedom and flexibility, but order is what creates routine habits, and habits are what make us the people we are.

I next needed to start filling some of this spare space in my world with useful “stuff”, stuff that as i had promised myself when i decided to take this risk was aligned to my personal values and goals which were just like me, very simple. This was to be the best possible husband to my wife, best son to my mother, and to help others achieve their goals.

I will write about this in my next blog, there’s plenty to write about but this is a blog, not a book. 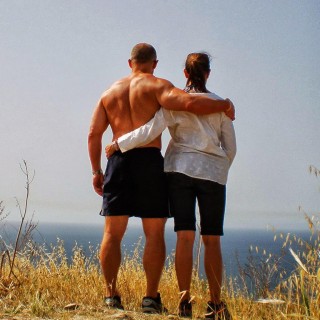